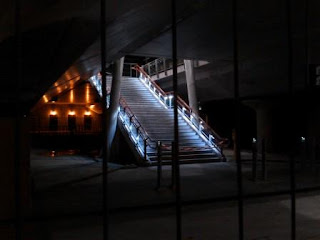 ‘When she took her shoes off, I saw they were chunky and old-fashioned. I began to wonder what period ghost she was. The eye make-up suggested early- to mid-sixties. A ghost that had been a fan of The Beatles – it was a strange thought.
I sat down on the bench, pretending to count my change. She would sit down beside me, I knew, when she came to roll down here tights. And she did – and I could feel both how close she was and how she really wasn’t there at all. The presence was all of her personality – the density of her intelligence, the straightforwardness of her passion – but was none of her physicality. She disturbed no air, gave off no warmth, made no sound.
I watched as she, still grasping the rolled up tights, climbed head first into the machine. The I closed the door behind her, put down my wallet and change, poured out my two half-cups of powder, fed in my three 50ps and sat back. I was trembling. (…)
My wallet wasn’t in my pocket. I remembered putting it on top of the washer. I turned, without thinking, and walked right through her.
I did not feel, as is often said, “a terrible chill pass through me”. In fact, it was more like passing through a washing machine, as she had just, in theory, done. Inside her, where I for a brief second was, everything was hot and close and dense and churning. I was walking through a terrible emotion – an emotion that brought together jealousy, betrayel, guilt and fury, but excluded love. It was an emotion without explanation. ’
[Toby Litt, ‘Launderama’ in: Adventures in Capitalism, p. 134-136]. 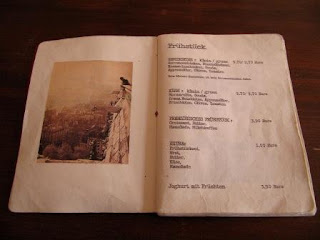